The States with the highest Tax Burdens (US)

The amount of tax you pay every year varies considerably depending on which state you reside in.

People in New York have the heaviest state and local tax burden in the United States, according to website WalletHub. The tax burden measures the percentage of a person’s income which goes towards state and local tax, different to the tax rate, which depends heavily on income and personal circumstances.

New Yorkers have to pay 13.12 percent of their income towards state and local tax with Hawaii the second-worst state with 11.86 percent. New York’s neighbours also face steep tax burdens with residents in Vermont (11.13 percent), Connecticut (10.91 percent) and New Jersey (10.38 percent) among the top-10 worst states for tax burdens in the nation. At just 5.18 percent, Alaska has the lowest rate of state and local tax in the U.S. 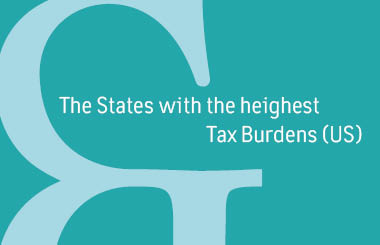